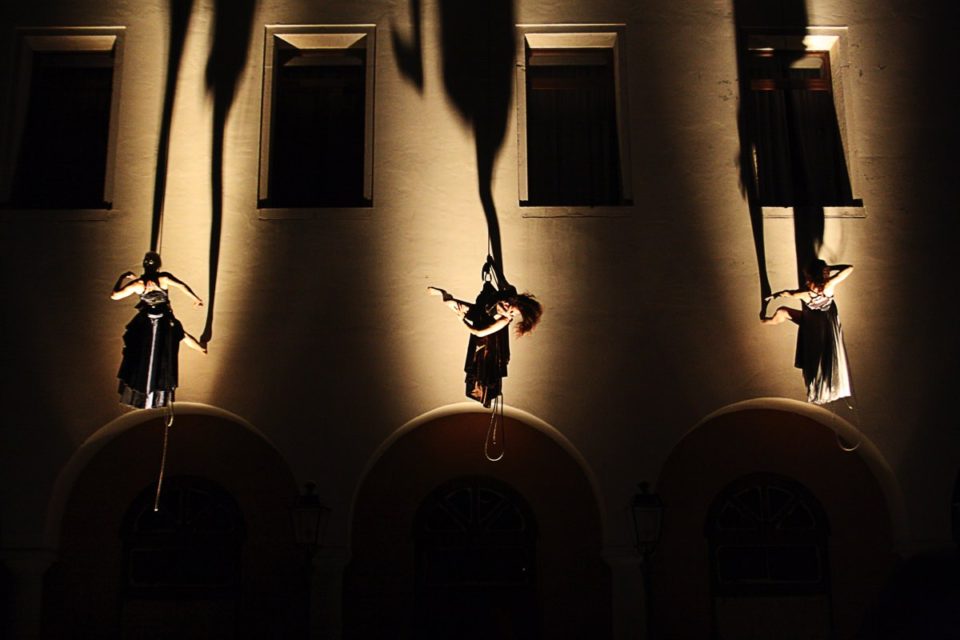 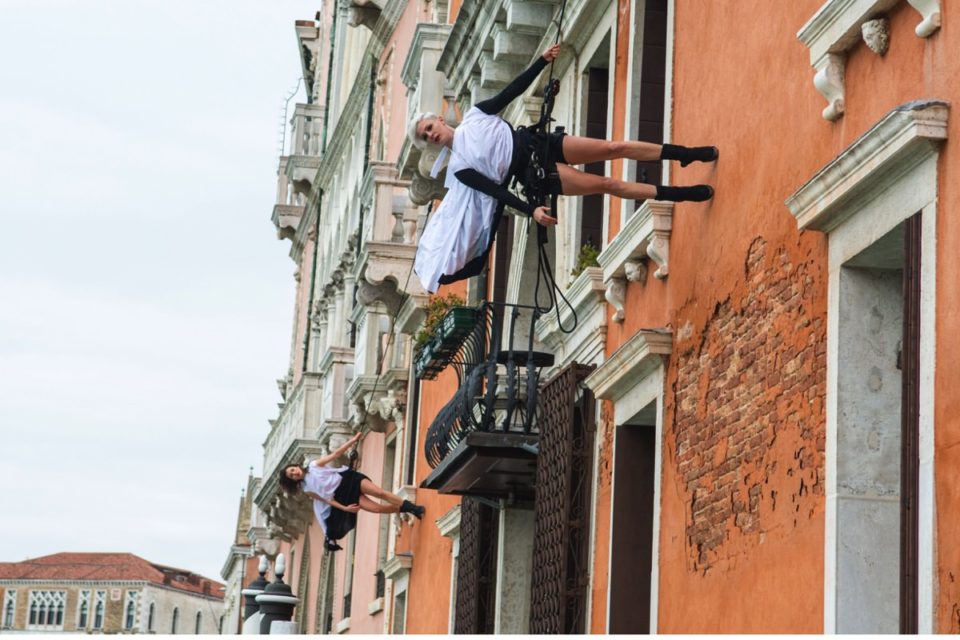 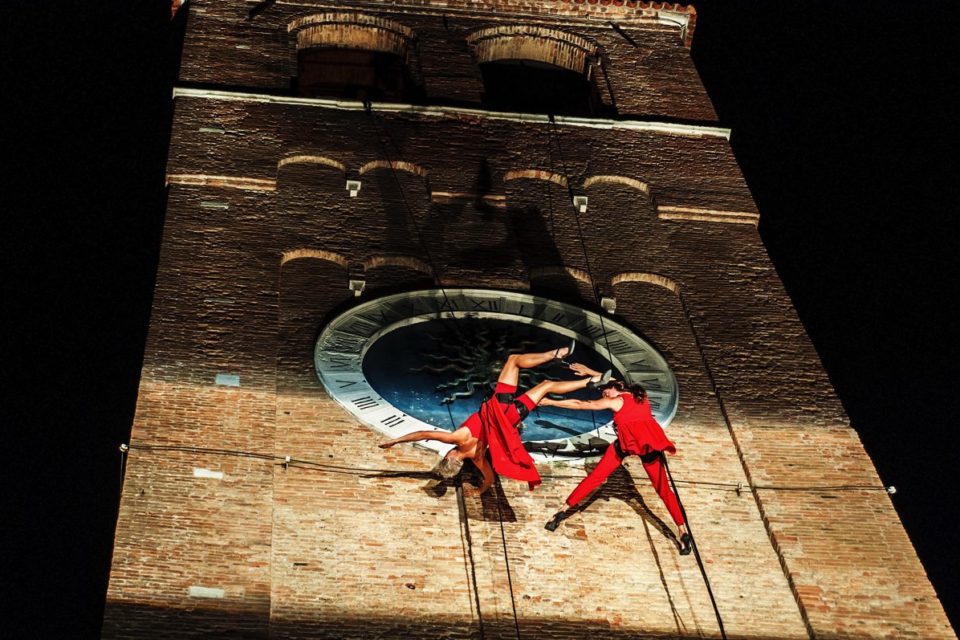 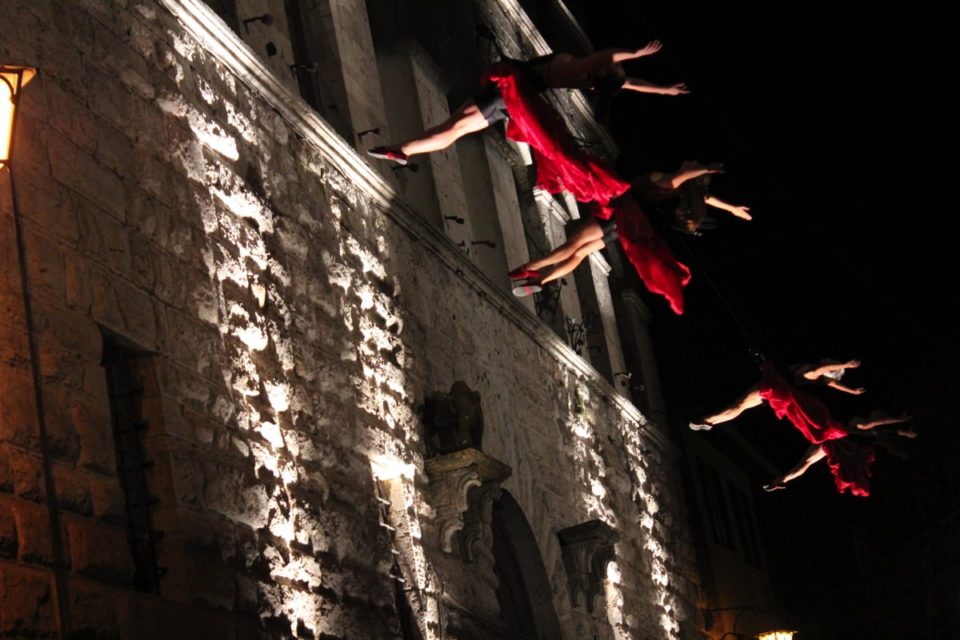 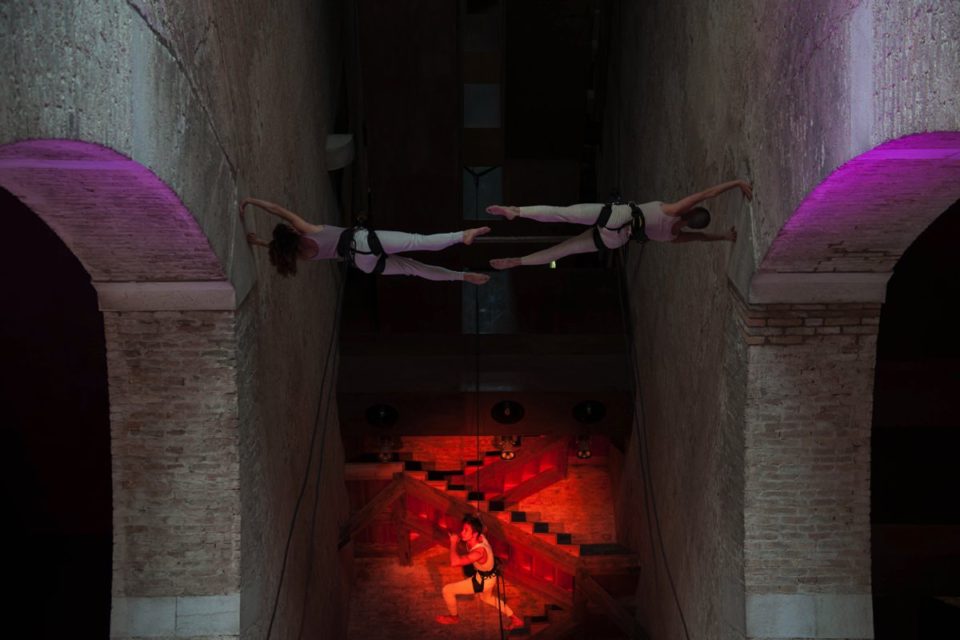 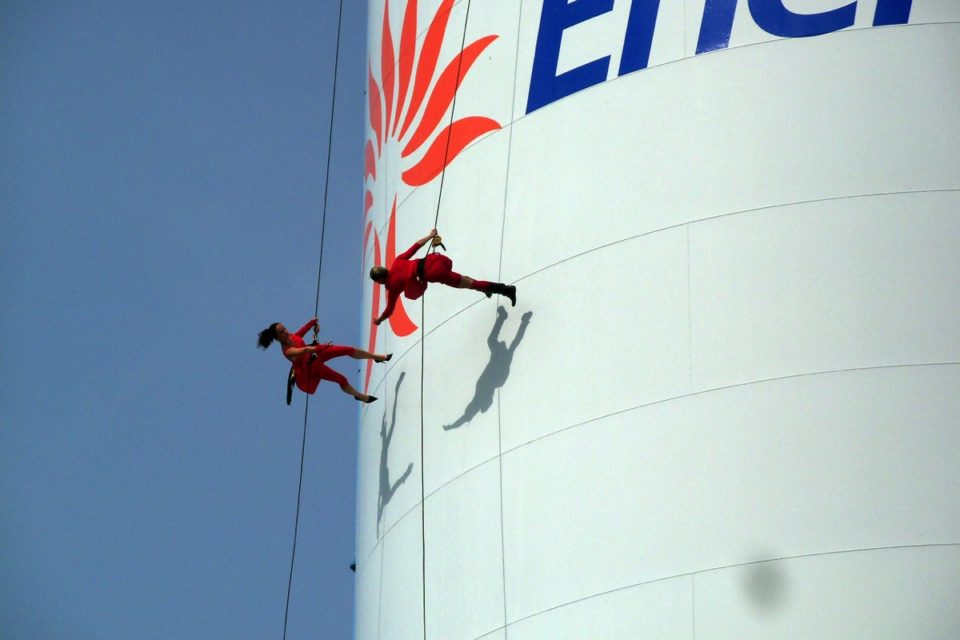 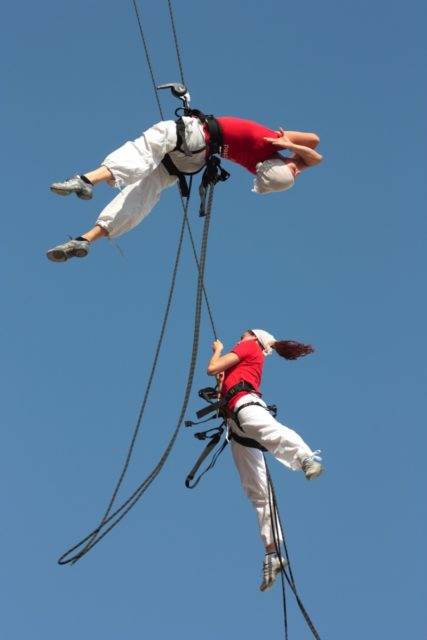 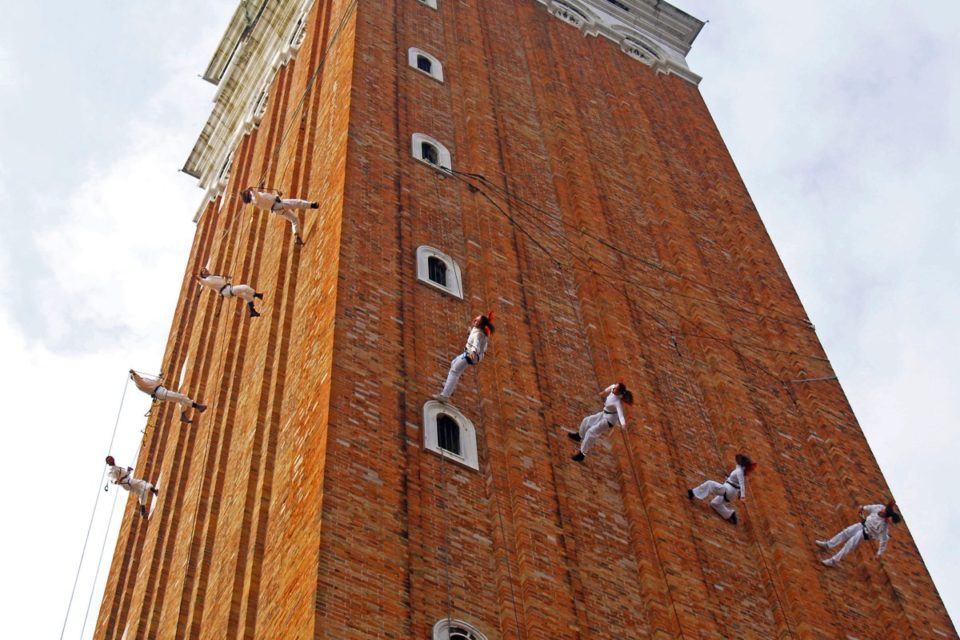 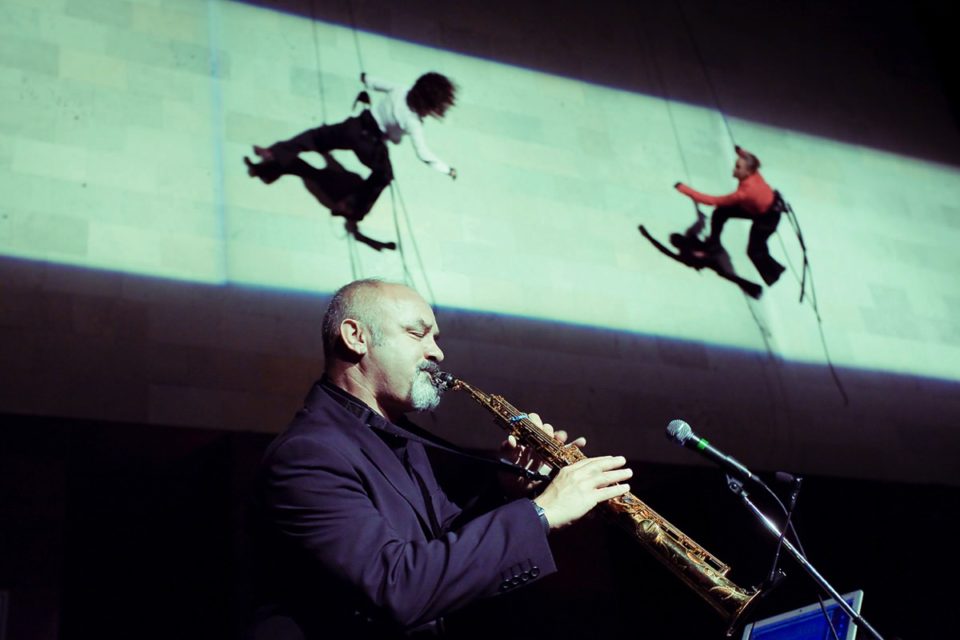 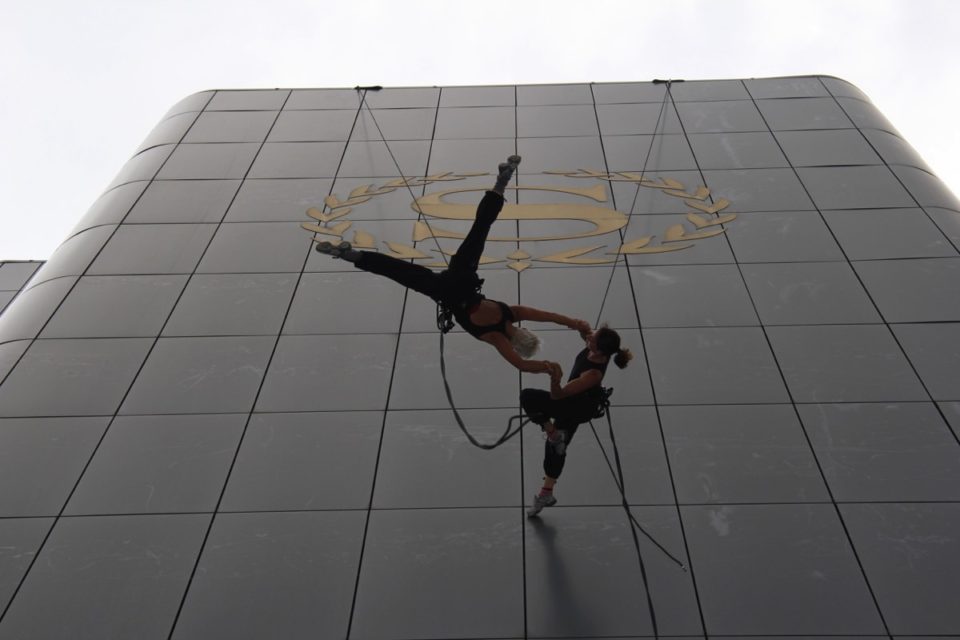 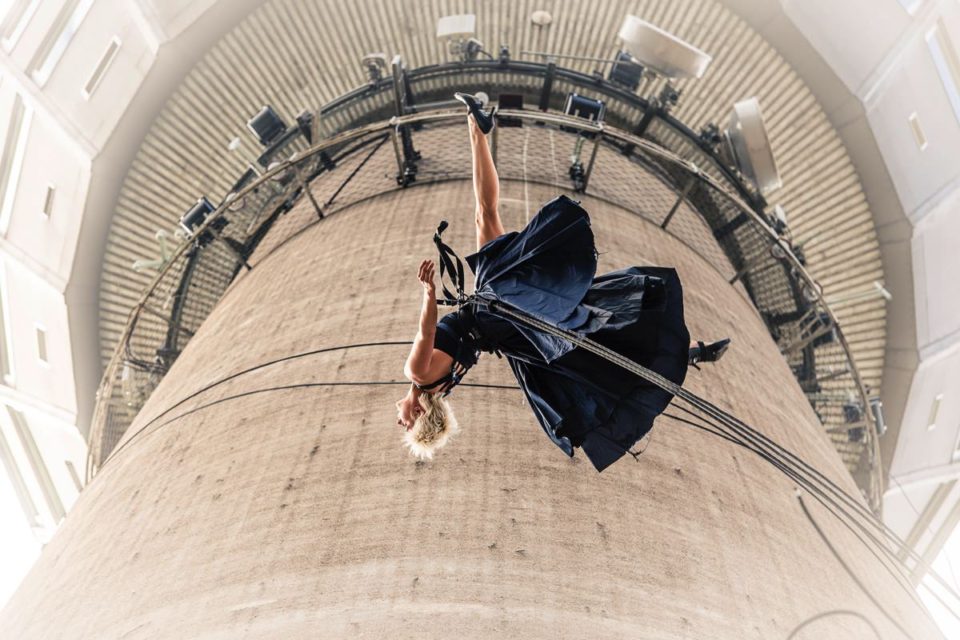 First band in Italy specialized in specific performance on vertical planes. The band was created in 1994 in Venice, the association between the choreographer Wanda Moretti and the musician Marco Castelli in order to create vertically performances that combine dance, architecture and music, merging the dramaturgy of the shows to the places in which they are represented and inspiring new ideas, reflections and perspectives.

What are we going to do

We produce vertical dance in indoor and outdoor buildings, historical and contemporary, on bridges, towers, cranes, but also in theaters, museums and industrial environments. In addition to archive shows, we create tailor-made shows designing customized performances based on demand for public and private events. We carry out training activities for dance professionals and amateurs.

The vertical dance is understood as a body that moves perpendicular to the wall by establishing a relationship with the space according to a new perspective. The architecture and landscape play a central role in each show. The music is created specifically for the shows, it is customized differently for every place and performed live with the formula of the sax & live electronics. The shows on building facades are performance-discovery, telling about the  architecture through the senses, poetic actions, enhancements of a place with unique features.

The Company “Il Posto” has participated in numerous international festivals abroad including Singapore Arts Festival, la Defense in Paris, Uniteatro Festival in Parana-Brazil, Bangkok International Dance Festival, Kuopio Dance Festival in Finland, International Biennale des Théâtres du Monde in Rabat in Morocco, in Lugar Dança Lisbon, Kaunas International Festival, the 47th International Festival of Thessaloniki, Danse Pei 2014 Reunion Island and other events in Qatar, Botswana, Albania, Macedonia, Bulgaria, Croatia. The Company “Il Posto” has been invited to festivals across Italy including Rome, Scene, Mittelfest, Red Festival of Reggio Emilia, Enel-Open Plants, Spring Scene Ancona, Volterrateatro, Bolzano Danza and in many other cities from Naples to Trieste from Milan to Venice, realizing numerous productions in historical sites such as the Museum of Rome in Piazza Navona, the St. Mark’s bell tower in Venice, the Museum of Contemporary Art Mother of Naples, Villa Contarini in Piazzola sul Brenta (Pd), the Museum dell ‘ Ara Pacis in Rome, the Monastery of S. Maria del Lavello in Calolziocorte (Lc), the Teatro La Fenice in Venice, the Academy of Concordi in Rovigo, the Palazzo della Gran Guardia in Verona, Praetorian Palace in Volterra, Villa Tuscolana in Frascati and many others. 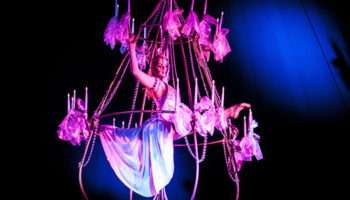 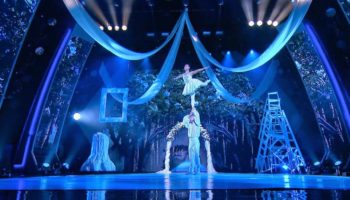 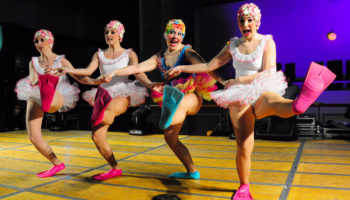